Rylie is Alpha: the leader of the werewolves. They’re an endangered species living in a sanctuary, and she’s guarded them for two peaceful years.

The peace is shattered when somebody sends Rylie a threatening silver bullet. A new member of the pack goes missing. And to make things worse, her inner wolf is strangely attracted to her boyfriend’s brother, leaving her torn between the love of two men–one of them a werewolf, and the other a former hunter.
New Moon Summer is the first episode (about 15k words) in a serialized paranormal romance novel featuring werewolves, hunters, and the struggle between love and destiny. 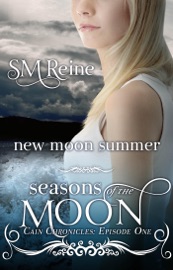