Soon to be a major motion picture

The first close-up look at the hidden world of Somali pirates by a young journalist who dared to make his way into their remote havens and spent a year infiltrating their lives.

For centuries, stories of pirates have captured imaginations around the world. The recent ragtag bands of pirates off the coast of Somalia, hijacking multimillion-dollar tankers owned by international shipping conglomerates, have brought the scourge of piracy into the modern era. Jay Bahadur’s riveting narrative exposé—the first of its kind—looks at who these men are, how they live, the forces that created piracy in Somalia, how the pirates spend the ransom money, how they deal with their hostages, among much, much more. It is a revelation of a dangerous world at the epicenter of political and natural disaster. 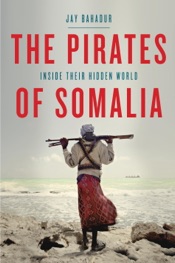