The definitive book about football. There may be no cultural practice more global than soccer. Rites of birth and marriage are infinitely diverse, but the rules of football are universal. No world religion can match its geographical scope. The single greatest simultaneous human collective experience is the World Cup final. In this extraordinary tour de force, David Goldblatt tells the full story of football's rise from chaotic folk ritual to the world's most popular sport-now poised to fully establish itself in the USA. Already celebrated internationally, The Ball Is Round illuminates football's role in the political and social histories of modern societies, but never loses sight of the beauty, joy, and excitement of the game itself. 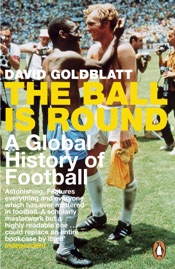