After a years-long cold war between the Kingdom of Lucis and the empire of Niflheim over the world's last crystal, an armistice is finally agreed upon. As part of the peace treaty, the heir to the Lucian throne Noctis Lucis Caelum is to marry Lady Lunafreya Nox Fleuret, an oracle from the imperial province of Tenebrae. After Noctis sets out to meet his betrothed, the treaty collapses. Merely a ruse to bring down the magical barrier protecting Lucis, Niflheim invades and takes the kingdom and the crystal for itself. With the treaty in tatters and his father and betrothed believed dead, Noctis must rely on his own tenacity and the support of his band of loyal followers to get him through what is to come.

- Complete coverage of the main story.
- Some side quests threaded through the main walkthrough.
- Introduction to the game. 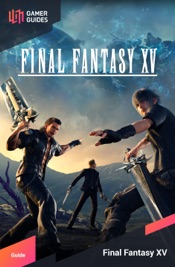